Studies have revealed that Americans are generating plastics more than ever, and a negligible amount of plastic is sent for recycling. At least 85% of the 40 million tons of municipal plastic waste anticipated to be produced in the U.S. in 2021 was dumped there, according to Statista. In spite of the U.S. producing more plastic debris than ever before, recycling rates are declining. Plastics and its by-products are cluttering up our cities, oceans and contributing to deadly health problems in humans and animals.

Biodegradable plastics have ignited a revolt against ubiquitous plastic bags and by using them one can effectively contribute in conserving non-renewable resources of Earth that are depleting at a high-speed. Knowing the advantages of the options can help you address the plastic issue. Let’s check this out!

Why Are Bioplastics Created?

There are many benefits of using biodegradable plastics. Suppose you are thinking to change your petroleum based plastics to bioplastics, the following points will give you better understanding:

What is Biodegradable Plastic?

Biodegradable plastic is a type of plastic that is intended to disintegrate when it comes into contact with microbes. It is typically derived from natural byproducts and is manufactured under strict temperature and humidity controls. The term of biodegradable plastic refers to the plastic that is made from natural plant-based raw materials like corn-starch, sugarcane bagasse, orange peels, starch etc.

Moreover, biodegradable plastic decomposes naturally in the environment when microorganisms metabolize and break down the structure. The end-products of bio plastic also cause less harm to the environment as compared to the traditional plastic.

Generally, biodegradable plastic means plastics that can be broken down into water, carbon dioxide, and biomass by living things, typically microbes. Biodegradable plastics are frequently made from petrochemicals, microorganisms, renewable raw materials, or mixtures of all three.

2. How is Bioplastic Different From Normal Plastic?

Conventional plastics, like fossil-fuel plastics come from natural gas or petroleum. On the other hand, the term “bioplastics” refers to polymers made from renewable biomass sources, such as plant lipids and oils, corn starch, straw, woodchips, and recovered food waste, among others.

Due to the raw materials and certain making process, bioplastic has a slightly higher price than fossil fuel plastic. For instance, the cost of PET or PE made from sugar cane or bio-ethanol is around 20% higher than that of traditional plastics.

However, bioplastic is still the better alternative to normal plastic. In terms of the impact to the environment, bioplastic has a better performance. In fact, the creation of bioplastics results in fewer greenhouse gas emissions compared to conventional plastic. In addition, bioplastic will break down after 3-6 months, while fossil fuel plastic takes years to fully degrade.

3. How Long Does Biodegradable Plastic Last?

Similar to conventional plastics, bioplastics would disintegrate into tiny fragments if they were to end up in the ocean. In contrast to conventional plastic, which can take hundreds of years to completely degrade, biodegradable plastics need only three to six months to do so, according to BBC Science Focus.

4. How Effective is It To Use Biodegradable Plastic?

The use of biodegradable plastics is preferable because they degrade quickly, may be absorbed by the soil, and can even be turned into compost. Furthermore, even if a total breakdown does not take place, it is simple to reduce the amount of area needed to get rid of the world’s plastic waste. Therefore, there is a good impact of using biodegradable plastic in future.

5. How Will Biodegradable Plastics Change The Future for The Better?

According to a business analysis from MarketsandMarkets, the market for biodegradable plastics is anticipated to reach $6.12 billion by 2023.

When it comes to a simple step you can take to save the Earth, changing your conventional plastic to bioplastic is the right choice. Besides, there are many benefits using biodegradable plastics. To help you fully understand, here are some advantages when you decide to use bioplastics.

The formation of traditional plastic involves use of carbon in an excessive amount. This carbon is released into the atmosphere when the used plastic begins to decompose or melt. There are positives that methane and other pollutants could also be released when traditional plastic is recycled or burned.

Conversely, traditional plastic comes from heating and treating oil molecules until they turn into polymers and demands more energy in its production and burning of fossil fuel.

The traditional plastics are thrown on the scrapheap at landfills. As a consequence, the land that could have been used for agriculture, residence or industrial applications is converted into landfills by non-biodegradable plastic. The usage of biodegradable plastic products will reduce the number of landfills as these products undergo biodegradation when buried or given to composting. The microorganisms in soil will break down the plastic pieces into compost, humus, and other useful compounds.

However, these bacteria will turn up their nose at traditional plastic. Yes, you can try loading their dinner plates with plastic bottles or bags, and you shall see the entire meal being skipped by these unicellular gluttons.

Biodegradable plastics not only take significantly less time to break down, but can also be recycled to manufacture more plastic by-products. The products produced are non-toxic as they don’t contain chemicals or toxins if compared to traditional plastic.

Use of ground-breaking technology in recycling the bioplastic has closed the loop by creating the materials that lessen our reliance on traditional plastics. The recycled materials are compatible with standard plastic manufacturing equipment, thus making a way for rapid market adoption.

How Safe is Biodegradable Plastic?

Bioplastics are not as toxic as other plastics. However, there are some notes you need to consider regarding its safety. Here are some points you should know to get a better view about the safety of biodegradable plastics:

How Does Bioplastic Help The Economy?

Bioplastics will be a significant part of the economy. As the green lifestyle becomes more popular, the demand for bioplastics will increase. There will be a shift from a linear economy to a circular economy if plastics industries want to grow without producing toxic waste or having a detrimental impact on the environment.

The design of the circular economy mimics the living environment itself and is restorative and regenerative. Natural materials break down into their fundamental components and are then reused to create new things. Similar to bioplastic production, these renewable material-based plastics are recyclable and compostable.

According to TheBalanceMoney, each year, plastic pollution causes marine ecosystems to suffer economic losses of $13 billion. This includes financial losses to the fishing and tourism sectors as well as expenses for beach cleanup. If we can replace the normal plastic with bioplastic, then we can minimize the negative impact of plastic pollution.

Bioplastics are considered to be more eco-friendly than traditional plastics. Over the course of their lifetime, bioplastics do emit much fewer greenhouse gasses than conventional plastics. In the end, the benefits of using biodegradable plastic that are explained before is definitely promising in the long term, saving our planet and future generations!

What makes a plastic biodegradable?

The bio-based material in the production of bioplastics makes them biodegradable. They must totally and quickly decompose biologically or be compostable if they are made from plant biomass such as maize starch, sugar cane, or wheat. This indicates that, in contrast to traditional plastics, they are intended to degrade into biological components.

Is biodegradable better than recyclable?

Yes, it is! Products that are biodegradable degrade substantially more quickly than recyclable products. Biodegradable materials decompose into harmless substances including carbon dioxide, water vapor, and organic debris. Besides, they are often produced using renewable resources and plant by-products like cornstarch or sugarcane that will not release toxins or harm the environment.

Is bioplastic the better plastic?

When it comes to a better solution to save the planet, bioplastics are definitely better than the conventional one. They reduce use of fossil fuel resources, producing a smaller carbon footprint. Since they are made from natural ingredients, they can break down faster than petroleum based plastics.

When did we start using biodegradable plastics?

The creation of bioplastics was prompted by the 1970s’ rising oil prices and reliance on oil. In 1975, a group of Japanese researchers identified the basic idea behind biodegradable plastics. They found a bacteria called Flavobacterium in pools containing waste water from a nylon mill that degraded nylon.

How can biodegradable plastic be improved?

Since the disposal method has become an issue, we should improve bioplastic by increasing its biodegradability. It is possible to boost the biodegradability of plastics by adding specific microbial strains, a process known as bioaugmentation. Plastics that are already compostable, such poly lactic acid, have had their rate of decomposition accelerated through the use of bioaugmentation. 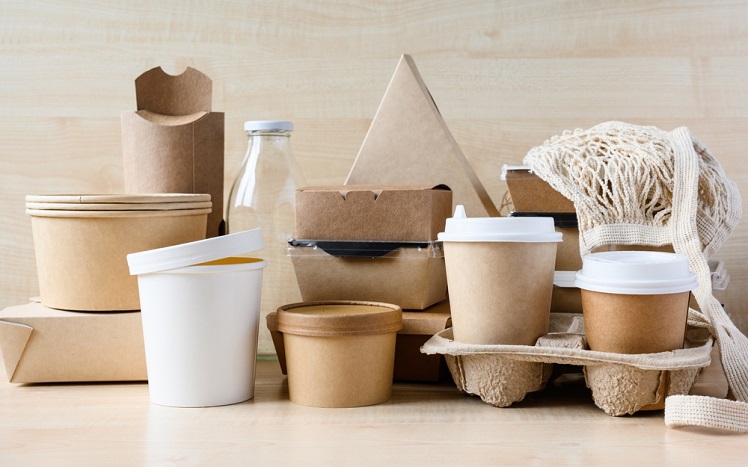 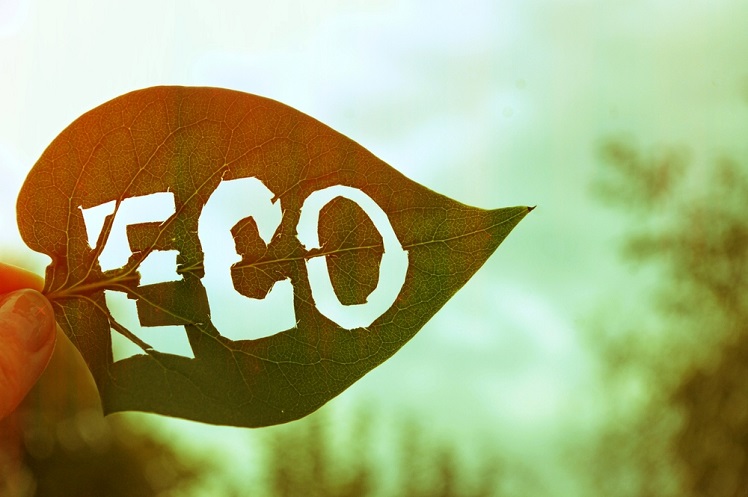 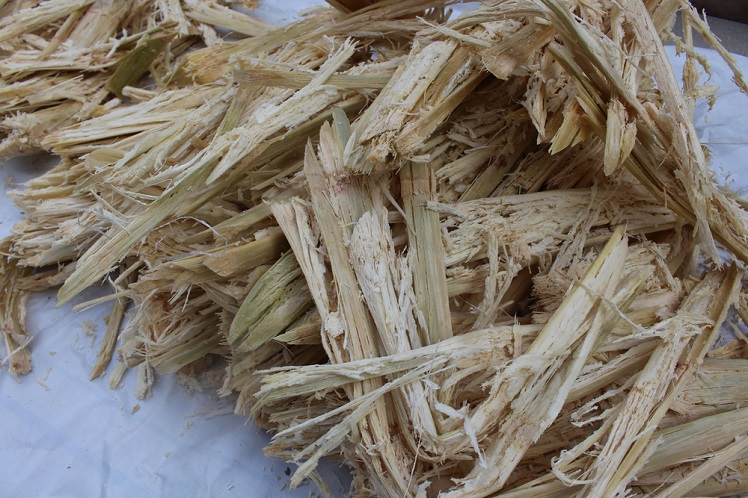 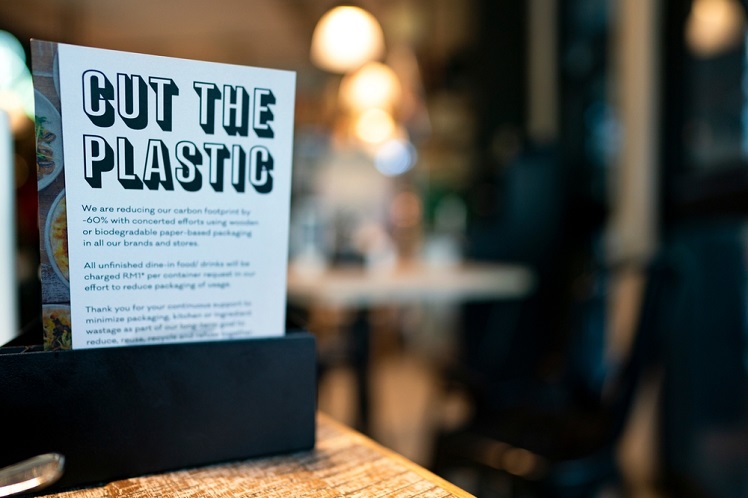 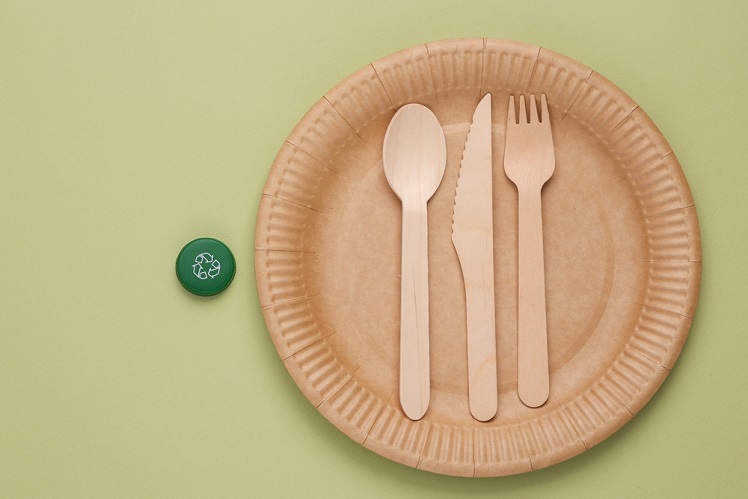 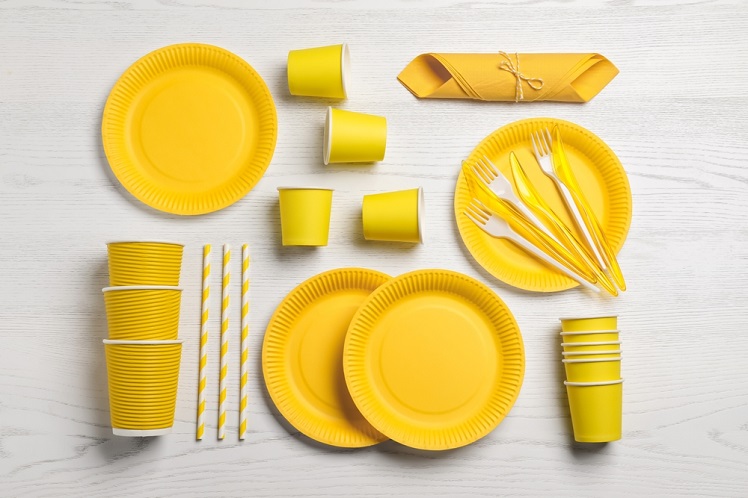